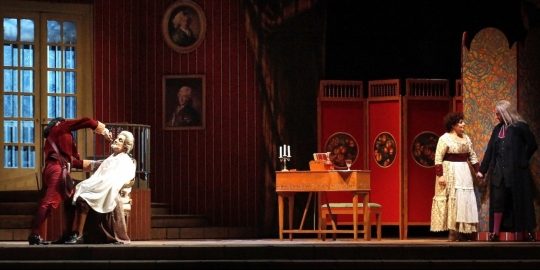 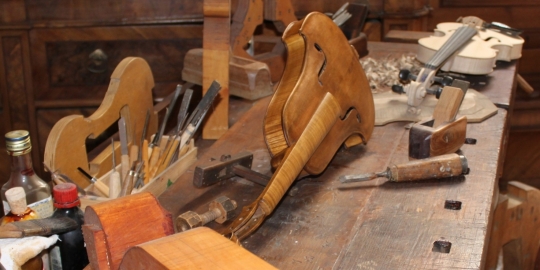 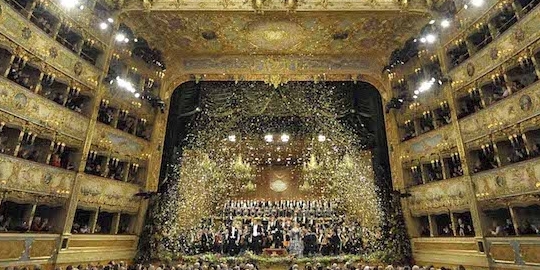 La Fenice Opera House La Fenice Opera House, located in Campo San Fantin, not far from St. Mark's Square, is the most prestigious opera house in Venice today, and is home to important opera and symphonic seasons, other than the International Festival of Contemporary Music. DISCOVER MORE

Church of San Vidal Most likely founded around 1084, under Vitale Falier's dogade, and dedicated to its patron saint, the church was first rebuilt in the 12th century and later in the 15th century. Between 1696 and 1700 the internal reconstruction was completed. DISCOVER MORE 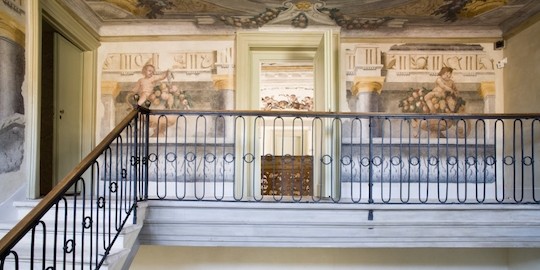 Palazzetto Bru Zane The Palazzetto Bru Zane (Casino) was built between 1695 and 1697, commissioned by Marino Zane, a few steps away from the family's residence, Palazzo Zane, the latter upgraded by Baldassare Longhena in 1682 upon decision of Domenico Zane. DISCOVER MORE 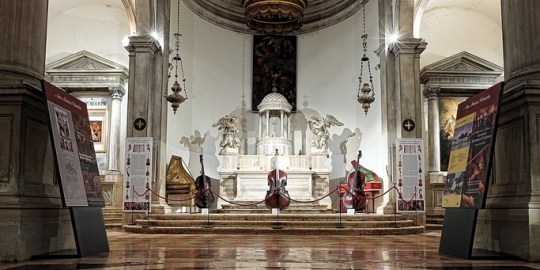 The instruments presented in this exhibition form the core collection of masterpieces that belong to the past three centuries. The classical era of Italian violin making has given us the most celebrated, admired, preserved, and therefore imitated, production in the history of manufacturing musical instruments.

Interpreti Veneziani
A new ensemble on the Italian and international concert scene!
This is how, in 1987, the Interpreti Veneziani made their debut, immediateley gaining a reputation for the "...exuberance and all-Italian brio characterising their performances”.
A datum point in a worlwide musical panorama, the Interpreti Veneziani reached their XXXII Concert Season in Venice, which includes more than 60.000 viewers every year from all around the world.
Their important achievements include appearances in the Melbourne Festival, in the Bayreuth Festival, in the Prague Music Festival "Vàclav Hudecek"  and concerts at Stockholm's Royal Palace, participating in the World Vision tele-marathon at the Kirov Theatre to mark the "reinstatement of the name St. Petersburg", a concert at the Osaka Symphony Hall in live broadcast for the Japanese radio, concerts at the Tokyo Suntory Hall and Kjoi Hall.
United States, Japan, Canada, Latin America alternate every year in their calendar with concerts in the most prestigious halls. In 2013 they performed for the first time in India. This year they'll return to Japan.

San Vidal Church
Possibily founded around 1084, under the doge Vitale Falier, San Vidal was dedicated to its patron saint.
Once inside the church, we are immediately stricken by the principal altar painted by Vittore Carpaccio.
Tradition narrates that in the San Vidal church the famous Venetian musician Baldassare Galuppi was buried (died on 17th January in 1785).

We apologize but at the moment you can only purchase the ticket(s) directly at the organizing institution.
DISCOVER VENICE AT 360°